As we age, our eyes tend to show up various different signs of aging: the lines that fan out from the corners of the eyes (crow’s feet), the wrinkles that start to appear on the eyelids, frown lines between the brows and thinning of the skin under the eyes. This makes eye wrinkle treatment among the most sought after skin care procedures. So what are your options when it comes to eye wrinkle treatment?

Under eye creams or eye wrinkle creams are the first line of defense against the problem. These however could have limited or little visible effect. Experts advise use of that eye creams that contain glycolic acid and retiniods for the best results. 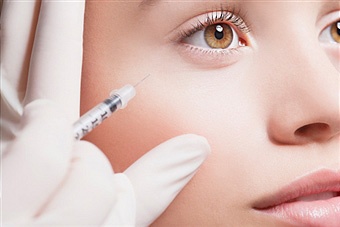 Botox actually works by paralyzing some of the facial muscles and this is what smoothes the lines around the eyes and between the brows. The effects of this treatment do wear off after several months; so this eye wrinkle treatment is not as long lasting as some people may desire. Botox treatments carry some amount of risk and if the procedure is handled by an inexperienced or insufficiently trained individual. Further some people do not like the wooden expression brought on by the treatment.

Those who have bulging fat in the lower eyelid or who have lots of loose skin may not be good candidates for the procedure.

In this eye wrinkle treatment targeted beams of light breakdown some of the skin’s surface layers. This causing significant bruising and swelling for some days, after which the skin starts to rejuvenate itself. New skin cells are generated which create a newer, fresher layer of skin that has fewer lines and wrinkles than before.

Much of the problem of wrinkling, loose skin and sagging skin is caused by a thinning of the skin and lessening of the supportive tissue beneath it. As the skin ages, there is a drop in the amount of collagen that is produced and this is what gives rise to that typical thin, papery look to the skin.

Dermal fillers is another eye wrinkle treatment that uses several different techniques to actually “fill” the skin to help plump it up again, offering a more youthful appearance than before. Dermal fillers may consist of fat extracted from a person’s own body or other substances. These are then injected into the problem areas around the eyes to plump the skin and to reduce the appearance of lines and wrinkles.